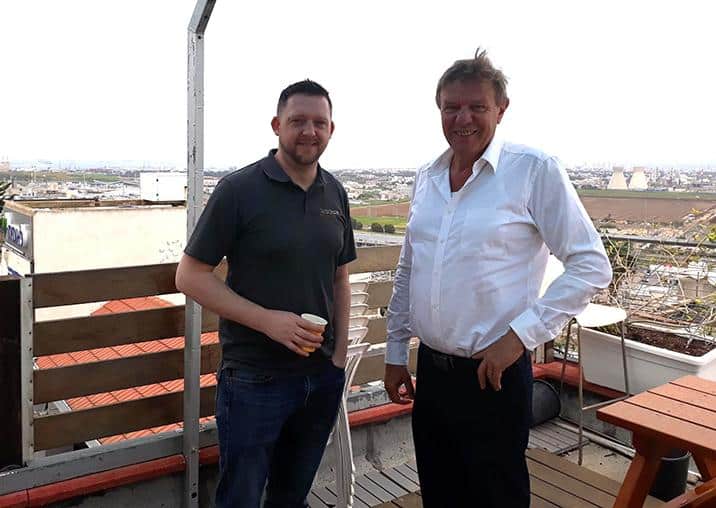 At the end of 2018 DesignPro Automation (Limerick, Ireland) secured funding from MANUNET for a €1.1M project to develop Optical Lens Testing technology for high-volume, automated lens production. The project kicked off in January 2019 opening up the opportunity for the Irish based automation company to team up with leading optronic specialist Duma Optronics Ltd. Nesher, Israel. The project runs until the end of 2020, creating 4 positions at DesignPro to assist in the development of the technology.

Currently the testing process of optical elements for industrial production lines has a number of issues mainly poor levels of accuracy, high fail rates as well as being time-intensive, resulting in costly production. By significantly reducing the testing time and overall process performance this technology has the potential to play a big part in the global growth and market leadership of 1st and 2nd tier suppliers. Adopting such new, improved processes first will improve the efficiency of the production of optical elements in Europe saving manufacturers shipping and positioning European manufacturers as leaders in this booming space.

Now five months into the project DesignPro’s R&D Supervisor Aaron Collins had the following to say after a recent visit to the Duma facility in Israel to review the projects progress:

“This is a really unique product that will have a significant impact on the way manufacturers test their lenses in the future. We’re looking forward to working on the next stage of the project that will see our R&D team further develop the robotic tending solution to improve the efficiency of the process.”

To enable peak performance and increase Overall Equipment Efficiency (OEE), DesignPro are developing a fully automated product feeding solution for a high-speed optical testing machine for camera lenses. The cell will be capable of pallet loading and unloading, with the added feature of lens sorting post inspection according to customer requirements and validation. This will involve the design of a fully automated tray dispensing unit working in conjunction with a KUKA robot. The integration feature of the robotic arm loading/unloading will allow for the flexibility of several different machines to work together and also handle a wide range of camera lenses in fully automatic mode.

The addition of the robotic loading/unloading feature will significantly reduce the current test time from 1.5 seconds per lens to 0.5 seconds. It will also have the ability to rapidly switch between various lens batches/skews. Using a production system with operations running in parallel will result in high volume production verses the current gradual method of testing one lens at a time. The technology will test lenses used for several different applications such as automotive cameras, mobile devices, security surveillance systems, medical procedure enhancements, web cameras and digital cameras. The market demand for lenses is expected to grow especially with the ever-increasing demand for smart cars and the future of autonomous self-drive vehicles, which will have a significantly higher number of cameras core to their functionality. In the Automotive sector alone, the global shipment of lens was approximately 48 million units in 2015 and this is expected to reach 136 million by 2020, a 183% increase (RnRMarketResearch.com).

Over the last 15 years DesignPro has secured a clear foothold in the vision space which has seen them working with some of the world’s leading automotive manufacturers based in Ireland, Mexico and China. They have developed a number of automated solutions specific to the vision camera sector such as an optical alignment process that enables the client to attain levels of precision unachievable through standard mechanical alignment methods.

The development of this collaboration further strengthens the company’s position as a leading expert in the vision field and comes on the back of what has been a very successful period for DesignPro. In the last 12 months they have taken home a number of prestigious awards including National winner for ‘The Business of the Year’ at the European Business Awards, the Deloitte Technology Fast 50 Award and Best SME at the Limerick Chamber Regional Awards. They also recently launched a new dedicated Robotics branch and are one of the leading Official Systems Partners for KUKA Robotics in Ireland. CEO Paul Collins, had the following to say about this recent funding opportunity:

“We’re delighted to be collaborating with Duma on this innovative project that’s using both of our individual expertise. The result will be a new technology that will not only improve the precision of lens testing but will provide a commercial product to mass produce and test high quality lenses for a variety of different industries and applications.“

“The management of Duma Optronics is very excited to team up with DesignPro to provide an industrial bridge of cooperation for innovative new products. This partnership reflects our desire to improve mass production testing capability in the European Union.“

MANUNET is a network of regional and national development agencies under the European Horizon 2020 Programme, which use their own funding programmes to fund International Collaborative R&D projects performed by companies in manufacturing. 24 national/ regional funding programmes participate in the MANUNET initiative including Enterprise Ireland. The objective of the fund is to strengthen Europe’s industrial capabilities and business perspectives with a special focus on SMEs by establishing cross-border partnerships.